Take me again to this wonderful journey with you

I would suggest people visit here in the weekdays if they have time and if they do not want to stay in queue to get inside the crazy castle. The location is amazing. I am not quite amazed by the castle itself, but the way it is standing there gives it its boost. As they say, it’s not what you wear it’s how you wear it. This building also has its own attitude which goes perfectly with its location.

The new addition to the history is the Museum of the Bavarian kings. What an amazing design it is. You cannot tell from outside but each and every space created inside amazes you with its brilliance in space design and execution. The broad glasses with a view towards the lake, the small peak boos to look inside the displays, the elegant stairways that lead you to the main exhibit, each element is complimenting the other.

If you are in Munich, take a one-day Bayern ticket, Neuschwanstein castle is within the Bayern area. It takes 2 hours in total to reach the train station (Fuessen) near to the castle. You can get a direct train or you have to change once in between. After you reach the last train station, you will be guided to take a shuttle bus which will take you to the castle, a ticket for the bus is included in your Bayern ticket. So, within two hours of travel from Munich train station, you will reach the beautiful sight of the castle and lake. Once you reach the last bus stop you see the hills and the two castles standing there admiring each other’s beauty.

I went there in February and it was snowing. When we started walking towards the Alpsee Strasse where you can buy the tickets to go inside the castles and the Bavarian king’s museum, the yellow castle (Hohenschau) from distance looked promising. The way it was standing on the snow appeared magnificent. From the Alpensee, the main castle (Neuschwanstein) was camouflaged with the snow in the higher hills. When we reached near, I was a bit disappointed because of the crowd. Their faces looked as if they were standing in the queue to win a battle. Then I remembered some of my Bavarian friends, who said they had never visited the castle.

Too much touristification of any place fades out its actual beauty.

The colours still exist in my mind’s image: white, yellow, silver grey and blue. Once we bought the ticket after standing more than half an hour in the queue, we decided to eat something before we started walking up. When we walked further up from the Alpensee strasse, we could only find one Bavarian restaurant with typical Bavarian menu and typical Bavarian price. We decided not to eat there as it had lesser options for vegetarian food, then we went to an Italian restaurant nearby. After lunch, when we were moving ahead, this spectacular sight I could not take my eyes off, the Alpensee (Lake), which lies beautifully between the two castles and surrounding by the Alps. The still water, little bit of shining sun, snow white and the greyish background, mesmerised all my senses and made me believe heaven lies here.

As we had bought tickets to go inside the castle and the museum, we first went inside the museum as it was next to the lake. Lavish, detailed and well integrated, this was my first impression of the museum. We entered through fancy door, put our stuff in the locker, hung our coats in the dressing and started climbing up. Climbing up the wide dark staircase first did not excite me. But then when I climbed the first few steps I could view the main hall of the museum appearing to me from small view to the larger perspective. Then I could feel that this design would fill me with beautiful surprises and I was not disappointed at all. Sad that it was not allowed to take any pictures inside but the picturesque view of the lake from the main hall passage with wide glass opening is still captured in my mind.

The decision to go inside the castle was not so great. Too much ornamentation and unnecessary detailing as demanded by the king has made the interiors suffocating. This is not a place where people would like to sit for a long time and definitely not alone. The irony is that the then king (King Ludwig II) had built the castle as a hideout from the public and seven weeks after his death, it was opened to the public. Now it is one of the most visited castles all over Europe with around 6000 visitors per day in summer. (Source: http://www.neuschwanstein.de/englisch/palace/index.htm)

Nevertheless, I would suggest you to view the castles from outside because their beauty is because of their position in the Alps and their majestic forms portrayed by artist. You can really witness why Walt Disney magic kingdom was inspired from it. But if you also are interested in my kind of architecture with functions and elegance intertwined to create beautiful spaces, I would suggest you to visit inside the new museum. Major beauty on that day was the weather which threw the colours to make the castles look amazing, the lake froze the time and made the heaven and earth stand still with water, hill, snow and the blue sky.

The cool weather and my bright red sweater was a perfect combo! 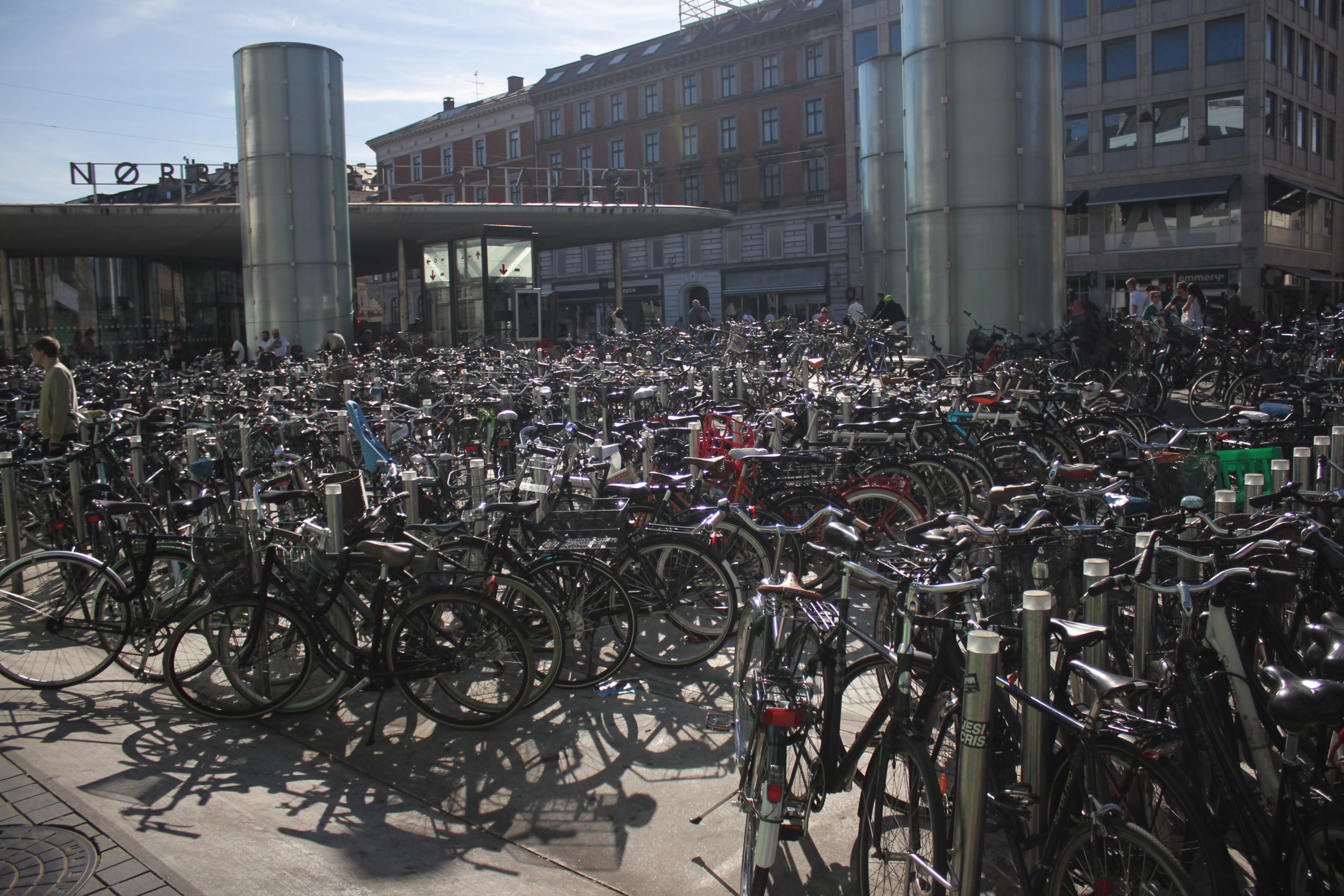 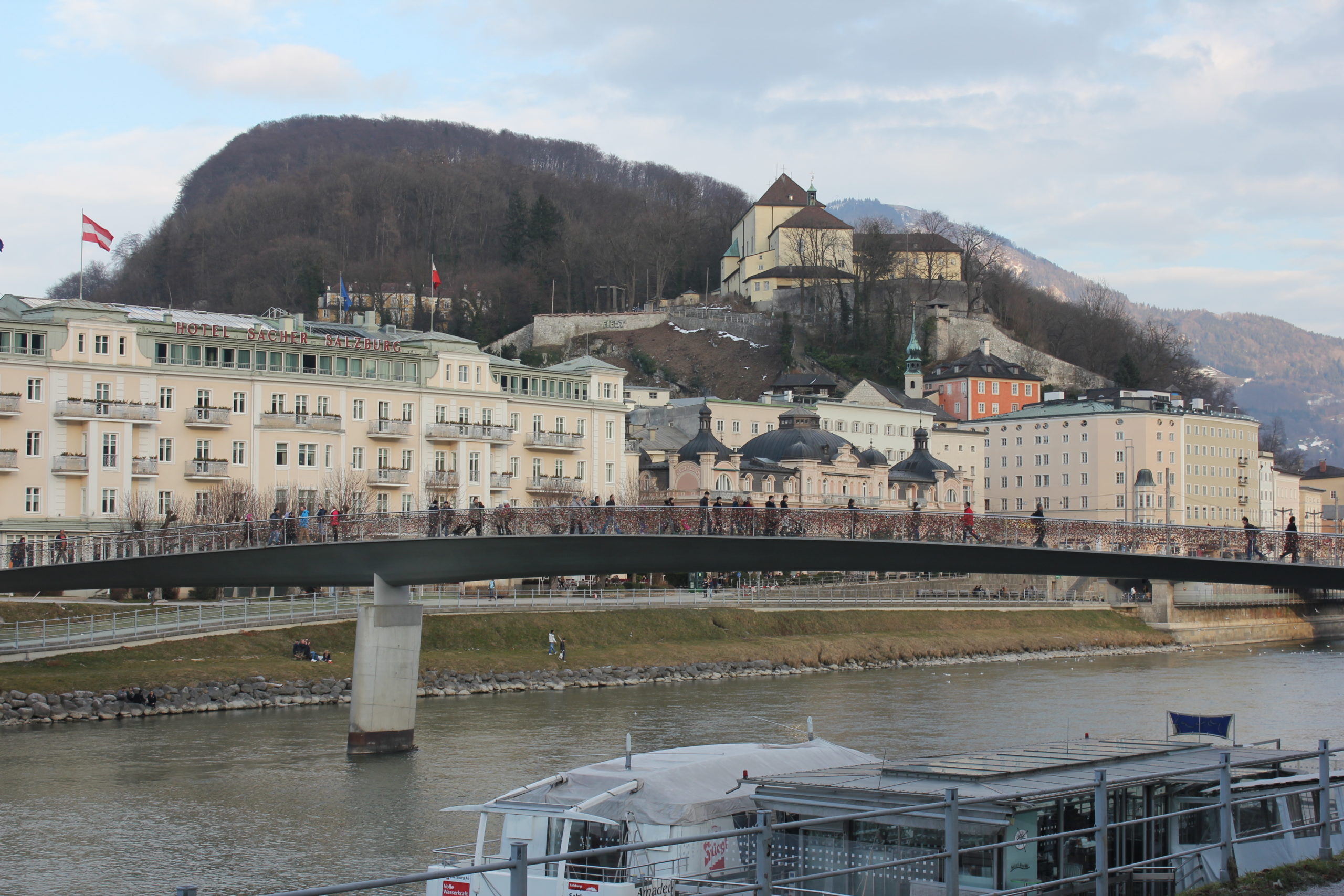 Bridge, Grass and the Sunset…